Women’s Suffrage and the Importance of the Right to Vote

The first form of democracy in the United States dates back to the colonial era with the formation of the House of Burgesses in Virginia. However, there were many limitations to this framework as it favored the wealthy and women were not able to vote. Although highly flawed, this would be the start of democracy in America. Nearly three hundred years later, most women in the United States were still unable to vote. Although limited success toward women’s suffrage was achieved in some western states, no federal law had allowed for all women to vote. However, the movement for women’s suffrage was gaining momentum at the turn of the 20th century, with a new generation of women ready to passionately fight for suffrage. These women, along with more experienced suffragists, would advocate for and push for the passage of the Nineteenth Amendment through various methods. Successfully doing so would grant women the right to vote nationwide.

Although advocates of the Nineteenth Amendment organized and voiced their beliefs in conventional ways to garner support for women’s right to vote, this approach had limited success in changing opinions nationwide on women’s suffrage. Some suffragists took a more direct approach by picketing the White House, which drew a lot of attention from both the public and government officials. However, the most effective method that suffragists used to change opinions about women’s right to vote was collectively going on hunger strikes in prison.

Susan B. Anthony and Elizabeth Cady Stanton, well-known leaders of the women’s suffrage movement, gave many speeches around the nation, advocating for women’s right to vote. Stanton also wrote books and published journals in support of women’s right to vote. Together, they were able to steadily influence people and garner more support for women’s suffrage. Despite all the work they did, they were never able to gain enough support for the passage of an amendment guaranteeing the right to vote for women, but the momentum of the women’s suffrage movement continued, even after their lifetimes.

In January of 1917, suffragists who were a part of the National Women’s Party, including Alice Paul and Lucy Burns, began picketing the White House, holding banners calling on the president to support women’s suffrage. Six days every week for months, these suffragists, known as the Silent Sentinels, picketed the White House. Although this drew a lot of attention to the women’s suffrage movement, not all of that attention was positive. The Silent Sentinels encountered a lot of violence and opposition. This opposition increased dramatically after World War I began, as the picketers appeared “unpatriotic.” Many of the Silent Sentinels were ultimately arrested, with the public mostly viewing them negatively and the president still refusing to endorse women’s suffrage.

On October 20, 1917, Alice Paul was arrested for “obstructing traffic.” This was an attempt to stop her from continuing to picket the White House in support of women’s suffrage, but it was also a violation of her 1st Amendment rights. Paul was to serve time in prison for 7 months, making her a de facto political prisoner. Once her sentence began, Paul started a hunger strike in prison, along with other imprisoned suffragists. Alice Paul and her fellow imprisoned suffragists endured harsh conditions and terrible treatment in prison. Alice Paul was threatened to be sent to an insane asylum, and she was even forcefully fed through her nose while she was in prison. When the hunger strike was publicized, the American public was informed of the horrendous conditions that the imprisoned suffragists endured. The American public was outraged, and many would join with the suffragists in supporting the Nineteenth Amendment. With intense pressure from the public, the imprisoned suffragists were released. A few months after the hunger strike, the overwhelming public support for women’s right to vote caused President Woodrow Wilson to finally endorse women’s suffrage. 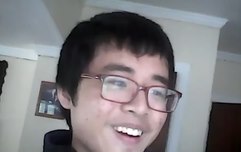 “Bill of Rights of the United States of America (1791).” Bill of Rights Institute, 25 Feb. 2020, billofrightsinstitute.org/founding-documents/bill-of-rights/.